How to keep your brain healthy as you age

If you’ve ever forgotten someone’s name or where you left the car keys, you might’ve joked that you were having a ‘senior moment’.

But while mild memory loss is common as we get older, cognitive decline is no laughing matter.

In fact, for many people, declining brain function is the most feared side effect of aging.

It’s estimated that one in three seniors dies with Alzheimer’s disease or another dementia – but this doesn’t mean it’s a normal part of the aging process.

While increasing age is certainly a risk factor, researchers believe Alzheimer’s and other dementias are likely the result of multiple genetic, environmental and lifestyle factors.

The good news is, once you know what these factors are, you can take proactive steps to reduce your risk and keep your brain healthy, even as you age.

In this article, we’ve outlined five things you can do right now to prevent cognitive decline and keep your mind sharp – so you can enjoy life well into your golden years.

For many people, declining brain function is the most feared side effect of aging. #brainhealth #labtesting #health #wellness Click To Tweet

Approximately 15–20% of people aged 65 and older have mild cognitive impairment. In some cases, this can develop into dementia, which has a devastating impact not only on the person affected but also their loved ones.

Research into the causes of dementia is ongoing, but a growing area of interest is the role inflammation plays in its development.

Chronic inflammation is believed to be the root cause of many diseases that happen later in life, and some studies have shown that inflammation in midlife may also contribute to the development of dementia.

C-reactive protein (CRP) is a substance your liver makes in response to inflammation, and it’s one of the key inflammatory markers we test to see if your body is inflamed.

Homocysteine is another major inflammatory marker that’s associated with heart disease and stroke, as well as dementia.

While it’s still not entirely clear what role homocysteine plays in the development of dementia, one study found people with high homocysteine levels had nearly double the risk of developing Alzheimer’s disease – the most common form of dementia.

The good news is that chronic inflammation can be reversed.

If your CRP or homocysteine levels are found to be high, there are a number of things you do to to bring your levels down, including managing stress, losing weight, reducing your exposure to toxins and allergens, and making dietary changes.

We all know that a nutritious diet is important for good health, and this is especially true when it comes to your brain health.

But even if you have an extremely ‘clean’ or healthy diet, chances are there may be some essential nutrients you’re missing – especially as you age.

That’s because as we get older, our bodies are less able to make and absorb these key nutrients.

For example, it’s thought that more than 40% of American adults could be vitamin D deficient, with the elderly being particularly at risk.

This is important, because studies have shown that older people who don’t get enough vitamin D have a much higher risk of developing dementia.

Getting 5-30 minutes of sunshine at least two days a week can help increase your vitamin D levels, as can eating vitamin D-rich foods like fatty fish, fortified dairy products and egg yolks.

It’s also a good idea to check your vitamin B12 and folate levels.

Deficiencies in these nutrients can contribute to high homocysteine levels, so increasing these essential nutrients in your diet or via supplements may help reduce this harmful type of inflammation.

Diabetes is a chronic condition that can have many serious complications, and there’s growing evidence that having type 2 diabetes may increase the risk of developing Alzheimer’s and other dementias.

Research is ongoing, but it’s thought the connection could be due to the ways in which type 2 diabetes affects the brain’s ability to use sugar (glucose) and respond to insulin.

This happens when your body becomes less efficient at removing sugar from the bloodstream – a problem that’s estimated to affect about one in three Americans.

The American Diabetes Association estimates that up to half of those with insulin resistance will develop type 2 diabetes if they don’t make lifestyle changes.

But as with chronic inflammation, insulin resistance is reversible, and tracking your insulin levels is one of the best ways to see if you have a problem that needs to be addressed.

If your insulin levels are high, there are a range of proactive changes you can make to help bring them back into line, including eating a low-carb diet, avoiding fructose (a type of sugar), and exercising regularly.

A hemoglobin A1c test can also be a good way to check if you have, or are at risk of having, a prediabetic or diabetic condition.

There are a number of metals naturally found in our bodies that are essential for our brains and bodies to function correctly, including zinc, copper and iron.

However, excess levels of these metals can be dangerous for our health, and there is some evidence that overexposure to copper through supplements, drinking water and foods may contribute to the development of Alzheimer’s.

There are also a number of heavy metals that we are exposed to in day-to-day life that could affect our brain health.

For example, mercury poisoning is a serious condition that can have significant neurological effects. If you eat a lot of fish or have old dental work, it’s worthwhile getting your mercury levels tested.

Lead is another heavy metal to watch out for. Exposure to lead – typically through old paint and corroded lead pipes – can cause serious health problems, including symptoms of dementia.

Alongside the environmental and lifestyle factors, some people have genetic risk factors that increase their likelihood of developing dementia.

In particular, people with the apoliproprotein (Apo) E4 gene have a greater risk of developing late-onset Alzheimer’s disease, which usually begins after the age of 65.

In fact, some people like Dr. Dale Bredesen believe dementia is not only preventable but also reversible – even for people who have the Apo E4 gene.

In his New York Times bestseller The End of Alzheimer’s, Dr. Bredesen details a number of things people can do to protect their brain from cognitive decline, including (you guessed it!) reducing inflammation, getting adequate nutrients and avoiding toxic substances.

By following these steps, he believes it is possible to prevent dementia and even reverse the symptoms of cognitive decline – and it’s never too late to start.

Even if you have the Apo E4 gene, dementia isn’t inevitable #brainhealth #labtesting #health #wellness Click To Tweet

Blogs on related topics:
Have you checked your inflammatory markers lately?
5 key nutrients even the healthiest among us might be missing
Is chronic stress making you older than your years?

Dr. Alan Hopkins is a graduate of Loma Linda University School of Medicine where he was elected into the prestigious Alpha Omega Alpha Medical Honor Society for leadership and academic excellence. He is board-certified in Emergency Medicine and completed an A4M fellowship in Anti-Aging Medicine. He’s an advocate of innovative medical care and is on the board of directors of several private companies to assist them in developing strategies that are consumer-oriented and patient education-based. 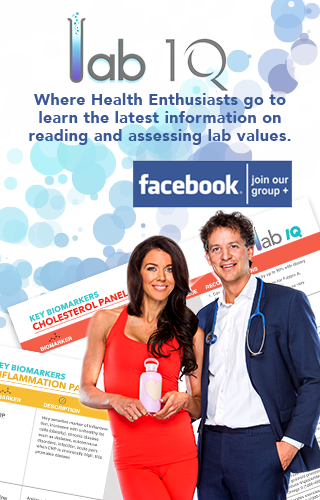